A Strange Encounter In The Seventies

Spend a few years living in Manhattan and chances are that you will witness extraordinary and unusual moments that no one seems to notice, or encounter all kinds of odd types.

My husband Peter was born and raised in Manhattan and even though he rarely ventured far from his neighborhood as would be true of many a New Yorker, he has had a fair share of these serendipitous occurrences.

In the past few days he was reminded of one, which makes for an unbelievable anecdote these many years later.

One afternoon in the Fall of 1974, after school, Peter went out to walk Skippy, the family Boston Terrier — Boston Terriers had not been in fashion since the twenties so there were few around in 1974.

Peter and Skippy began their customary walk on the sidewalk adjacent to the building in which they lived.

A couple of hundred feet along, two exceptionally tall, gaunt, androgynous people in matching rock suits, red spiky hair, heavy make up and platform shoes approached in the opposite direction.

The relatively more “manly” of the two strange figures said with a proper London accent, “What a strange looking dog!”

Peter respectfully explained that Skippy is a Boston Terrier.

Both man and matching woman proceeded to share polite and gentle small talk with Peter and Skippy.

The tall man bent down to pet Skippy, doing so with some difficulty due to his skin-tight outfit and remarkably high platform shoes.

Then each party returned to its own any other day in the City.

Peter and Skippy thought not much of the strangers until early that evening when Peter recognized one of the oddities as he was featured on the Six O’Clock WCBS TV news broadcast:

David Bowie and his wife Angie Barnett are in the city for a few days to give a concert at Radio City Music Hall as part of The Diamond Dogs World Tour. 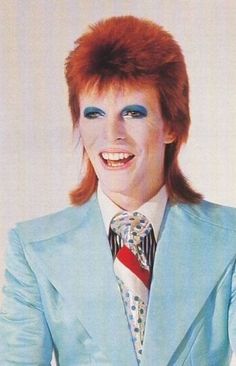 Sixteen year-old Peter had never heard of them and Skippy didn’t seem to think of himself as a strange looking dog at all.

We were snowed in today! Right in Santa Fe!

Okay, I exaggerate. I just want to tease my friends in the Northeast who so far have been served with only the bad aspects of winter: cold rain in a grey landscape with the black silhouettes of leafless trees and the dirty brown of bare ground.

We live on a dead end, unpaved and steep road and after an overnight storm, the city’s road maintenance crew usually doesn’t show up before  9:00am. No plowing, just a sprinkle of red sand. Sunshine is expected to do the rest…

The Plaza at the center of town is only a 10 minute walk on a warm dry day, but can be a 20 minute hair-raising adventure over a sheet of snow-covered ice. So yes: snowed-in indeed, in a beautiful city. 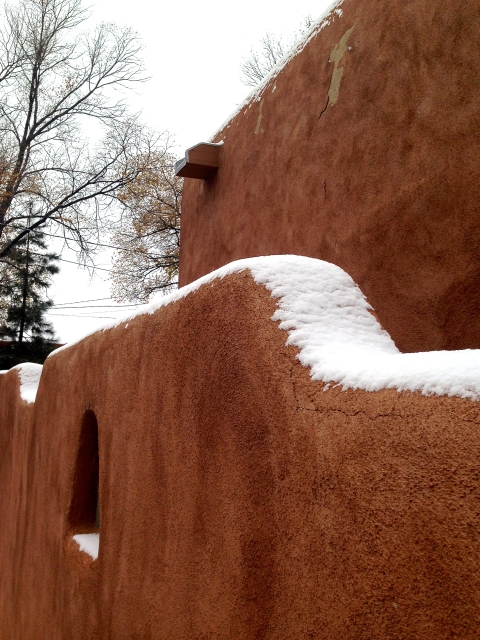 Almost as hard as naming our children, finding a new name for my blog is how I have spent the better part of this New Year’s weekend. Since we were just the two of us at home, sans children, my husband had to be the critic, the sounding board and the creative director, while remaining gentle and patient, which neither of us are good at being, throughout the process. 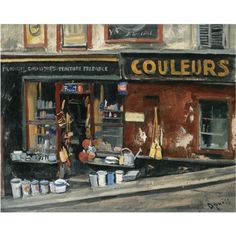 When I was a little girl my parents’ apartment in Paris was next to a “Marchand de Couleurs”. It was a small store principally selling paints  and varnishes, but also everything from brushes, brooms, kitchen utensils and house cleaning supplies.

I loved that place! It looked and felt like it was frozen in the time of the turn of the century when it had first opened. Even the “merchant” himself looked ancient and venerable.

I remember the smell of furniture wax, the sound of the bell as you entered the store, the dark patina of the floor to ceiling shelves against the popping colors of paint cans and cleaning products. Alibaba’s cavern!

You won’t find a real Marchand de Couleurs in France anymore. These small general stores that once were the essence of a neighborhood have vanished. They have been replaced by the modern hardware super chains near highway exits or, oddly enough, elevated to become Concept Stores for the chic and trendy fashionista.

Indeed colors have had a strong influence on my personality for as long as I can remember. I express my creativity through colors. The best word to describe my house, my clothes and especially my art is “colorful”. A beautiful color can stop me in my tracks anywhere I go. Colors nourish and inspire me.

And finally, it’s in French: I was born and raised in France.

Next time I go to Paris, I’ll take a picture of the preserved façade of that old store for you.

I can’t pass the opportunity to do what I have wished to do for a long time and of course always put off.

If once again I wait till tomorrow there might not be such a propitious date for another 366 days.

First, in preparation, I made a cup of tea, put a couple of Madeleines on a plate, set up my laptop, postponed any other plan such as watching a movie or vacuum the living room, and stopped thinking.

(Now just do it and who cares if it is not perfect!)

I take a deep breath and…

I resume posting on my blog.

As motivation to start anew, I have plans to make a few changes:

A new name for the blog.

The content will have less writing and more pictures or drawings.

And I will share book reviews, links to beautiful or interesting sites, recipes, DIY ideas etc.

All right! What a great feeling! I just fulfilled my most important New Year’s resolution!

So if you have, like me, the ephemeral urge to make some resolutions today, I suggest you take the one you have put off for too long and make one very small, hardly noticeable by anyone and brief step toward fulfilling it.

And do it right away!

I guaranty you will go to sleep tonight with a tremendous and well deserved sense of accomplishment.

I am back on my blog! Moving West has been a great adventure so far but it has taken all my attention and energy. Which is why I haven’t posted since…last March (Oh my! That long?).

So, thinking that Independence Day is a good day to post about one of my favorite source of inspiration: colors, here are two pictures taken a few days ago in Santa Fe and in Laramie, where visiting beautiful southwestern Wyoming on the occasion of our 30th anniversary, Peter and I stopped by on a very bright sunny day. 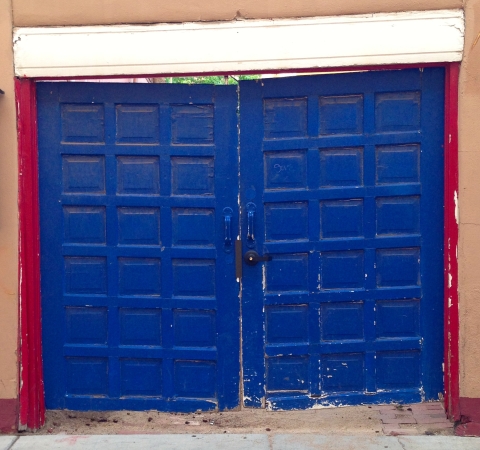 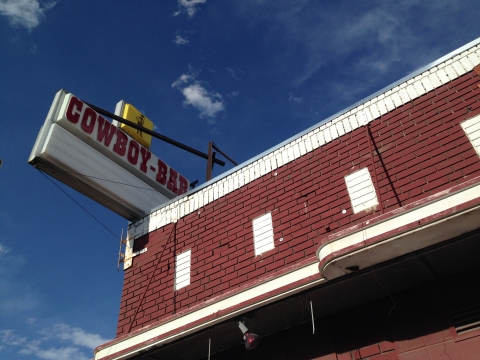 Have a happy 4th of July in Red, White and Blue! 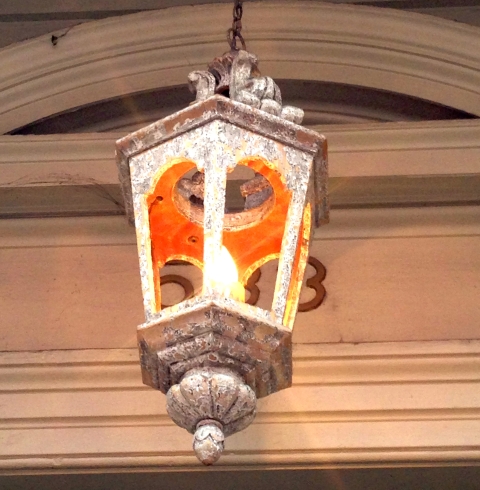 We were wide eyed and speechless for the first 10 miles of the day. I could not remember a drive like this in our 18 years in New Hampshire. Here we were, on March 25, deep in the mountains of western Virginia, on a steep, narrow and completely unplowed road with hairpin turns, the only way out toward North Carolina. Having no idea of how long this road would last, all I knew was that the minutes were stretching and the silence weighed ominously.

Five hours later, as we crossed the state line into North Carolina, it stopped snowing and the first trees we saw had just begun a pale pink bloom. As in The Wizard of Oz, the movie, the landscape instantaneously turned from black and white into color. 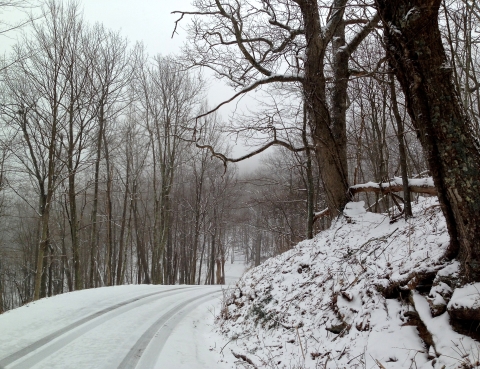 Our long day ended with another unbelievable, a dinner at Herons in Cary, North Carolina, 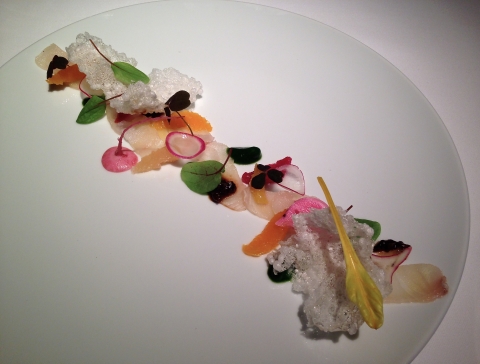 with a glass of great wine.

Finally the last (and best) unbelievable: The words from my husband as he looked at the forecast on his phone before we went to sleep: “Wow! In 48 hours it will be 73 degrees…”